My Ten Most Favorite Things About Denver 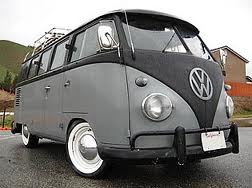 I arrived in Denver driving a 1957 VW Microbus in 1972.  I had worked odd jobs my senior year of high school, and just before rolling out of town, I purchased this rig from a friends brother.  A new set of tires, a new battery, a tune up and a tank of gas was all it needed.  At the time I arrived in Denver then, I had had several previous visits, but this time. it was different.  I was on my own.  I was a freshman at the University of Denver, the Harvard of the West!

I didn’t know it then, but Denver would become my lifelong hometown from that moment forward.  I lived around the DU campus until 1986.  North, south, east and west of campus, hardly a neighborhood escaped my residency over that span.  Now 38 years later, Denver holds my roots, my memories, my family and my future.

All that being said, I have 10 favorites I am proud to share with you now in no particular order.

As you can see, your favorite things about Denver will definitely be different than mine, but no less meaningful to you in their own way.  Feel free to make comments and share your favorite special Denver places.  At this point in my life, you can take me out of Denver, but you can’t take the Denver out of me!

Your Trusted Advisors in the Homeownership Business!
View all posts by Tom & Dee Cryer →
This entry was posted in Uncategorized. Bookmark the permalink.