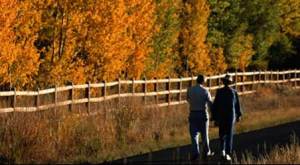 The first zoning map was developed in 1945, and a land use Master Plan was adopted by the City in 1950. With this plan, a Community Center District was established at the intersection of Quincy Avenue and University Boulevard. The new plan allowed for a limited amount of commercial uses in order to maintain the City’s unique rural character. In 1966, Cherry Hills Village changed its governance status from a statutory town rule to that of home rule.

Today, much of the City continues to maintain a rural atmosphere, and it is one of the most beautiful and desirable communities in the metropolitan Denver area. Cherry Hills Village is still predominantly residential and now has a population of about 6,000 residents.

Your Trusted Advisors in the Homeownership Business!
View all posts by Tom & Dee Cryer →
This entry was posted in Arapahoe County, Cherry Hills Village, Colorado. Bookmark the permalink.