A $3 Tip to Stop Squabbles About Water Usage 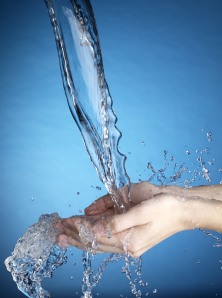 I Confess, I Have Wasted Water!

This story reminds me of a time or two at my own kitchen faucet.  I’ll bet you too have had a version of this conversation.

Confession time: my husband, Mason, and I have been known to squabble over the kitchen faucet. He likes to leave it running while he cleans up, while I fret about wasting water.

My HouseLogic colleague Lara tells me she was cleaning up after a dinner party when a guest scolded her for the same behavior. And my interior design friend Pam, who lives in southern California, says, “We have this ‘discussion’ often at my house. It’s usually the ones who are paying the water bill against the ones who aren’t.”

There are tech fixes large and small for this human foible. For example, I could buy a smart tap with a touch sensor or a motion detector. There are a host of handsome smart taps, priced from $150 to over $1,000, but these electronic marvels have a downside: Because they need juice from my home electrical system to run, they will be using energy to save water–not necessarily a green choice–and they won’t work during a power outage.

This choice is even less green if the problem lies not with the tap, but with the user, and that’s usually the case. (My daughter-in-law Erin says there’s just no way she’s going keep turning that tap on and off–her hands are full, for heaven’s sake.)

While a faucet with a motion sensor would solve her problem, I don’t think it’s right for me. When I choose to replace something that “ain’t broke” with something new, I’m not only junking the metal and other materials in the tap, I’m also wasting all the energy spent to manufacture and ship the tap. That’s not smart.

A better tech fix–short of turning the water off–would be to install an aerator. This handy gadget, which will fit into any faucet fitted with screw-in threads, saves water without reducing water pressure. You can buy an aerator at a hardware or home improvement store for less than $3. The flow rate you’ll achieve with it, measured in gallons per minute (gpm), will be inscribed along the side.

Does all this matter? Doesn’t the water coming out of a single kitchen faucet add up to just a drop in the ocean, metaphorically speaking? Not really. You’d be surprised at how much water our daily tasks use.

Try out this calculator the U.S. Geological Survey put together for schools. I tried it, and found that one faucet leaking 10 drips a minute wastes enough water for six baths. So imagine how much water is going down the drain while running the kitchen faucet during cleanup.

Who’s going to give Lara, Mason, Pam, and Erin the bad news?

Have you had this debate at your house? Have you solved this problem, short of recycling family members? What water saving tips or tricks do you have to share? Let’s hear from you.