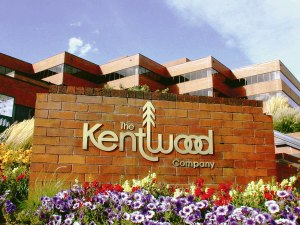 We Are Denver Real Estate

The reason for the relatively small supply of homes is because of the declining inventory of unsold homes on the market.  While demand, as expected, was down in April without the tax credit, the inventory of 19,553 unsold homes was 9.3 percent lower than in April last year.  More importantly, and largely unnoticed, is how the market has improved since this January.

Looking back to 2009, the unsold inventory in April declined by 23.75 percent from January.  While some may argue that the Denver-area home market has taken some lumps this year, the number of homes being absorbed on a monthly basis is surprisingly healthy and encouraging.

Sales of Denver-area homes up in May. Sales of single-family homes and condominiums in metro Denver rose 9 percent in May but fell 15 percent from a year ago, according to Metrolist Inc. data released 6/8.

Denver’s market decline second best. The Denver-area’s housing market fell 14.3 percent from its “peak to trough,” less than half of the overall decline for the 20 cities tracked in the closely watched S&P/Case-Shiller Home Price Indices released 5/31.

Denver labor market improving. The Metro Denver employment picture is showing modest improvement and unemployment for May has declined 0.5 percent compared to the same period last year, according to data compiled by the Metro Denver Economic Development Corporation (Metro Denver EDC) in its Monthly Economic Summary for June 2011.

Good time to be a landlord. The overall vacancy rate for rental homes in the Denver area is a record-low 1.4 percent. In the Broomfield/Boulder corridor, the vacancy rate is zero.

Partnership gives awards to 1800 Larimer, others. 1800 Larimer, the most energy efficient building ever built in downtown Denver and DaVita Inc., which is constructing its $101 million headquarters downtown, were among the six award winners Thursday night at the 50th Annual Downtown Denver Awards Dinner.

Proposal would raise FHA loan requirements. Republicans on the House Financial Services Committee have drafted a bill to raise the minimum down payment for Federal Housing Administration-backed loans to 5 percent as well as cut FHA loan limits in many markets.

NAR wants GSE strategy. The National Association of REALTORS® supports a secondary mortgage market model with some level of government participation that would protect taxpayers and ensure that creditworthy consumers have access to affordable mortgage capital in all markets at all times.