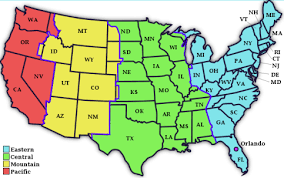 Here’s two great defenses for stability on our clocks! A poll at the bottom asks for your input!!

Everyone that I have ever talked to about daylight savings time hates to change the clock twice a year.  I believe most people would like to do away with that practice.  There are 2 bills in the Colorado State Senate proposing that we stop changing our clocks.  If you read below, you will find out more.  I am going to write in favor of both, my preference being to stay on daylight savings time year round.  I will be happy with either, though.  I hope you will send emails in favor of one or both of these bills!  Lets get rid of a twice a year annoyance!!!                JoAnne

Neither lawmaker knew that the other was pushing for a time change in Colorado when both bills were proposed. The dueling bills are scheduled to be debated upon in the upcoming legislative session next month.

The Proposed Standard Time Bill: Colorado State Representative Ed Vigil’s proposal to stay on standard time all year would join Arizona and Hawaii in their non-DST schedule of early evenings and late afternoon darkness. The idea for the proposal mainly came from his farmer constituents who don’t like to change their clocks in the spring and fall. They also claim that they don’t really need the extra daylight hour to work in the field.

The Proposed DST Bill: On the opposite end of the debate, Senator Greg Brophy is proposing a bill that would have daylight saving time all year round in Colorado. He hopes that this move will give people more daylight in the evenings to enjoy the outdoors. His proposal would allow people to get more from Colorado’s outdoor way of life after school and work and also benefit tourism.

However, this bill may face a federal challenge if it becomes a law. The United States’ current DST schedule states that daylight saving time would begin on the second Sunday in March and end on the first Sunday in November. According to the United States’ Energy Policy Act of 2005, states and territories have the right to exempt their state from following DST if the entire state rests within one time zone. However the United States Code does not allow a state legislature to avoid returning to standard time in November.

Although this may become a setback for Brophy’s bill, he will defend it on the basis of states’ rights, in which nothing in the Constitution authorizes the federal government to mandate how Colorado sets its clocks.

Your Trusted Advisors in the Homeownership Business! TheCryerTeam@Kentwood.com
View all posts by Tom & Dee Cryer →
This entry was posted in Daylight Savings Time. Bookmark the permalink.